I decided to ask some meme page owners what MBTI they identified as and I couldn’t help but notice some trends, so I decided to make a video.

After spending 70+ hours interviewing and researching all kinds of different meme pages using my obsessive MBTI knowledge, I spent another week of pretty much non-stop editing on Adobe Photoshop, After Effects, and Premiere, making sure that my video would be just as entertaining as it was informative.

Here are some of the digital collages I created for this video. Thank you so much for watching! 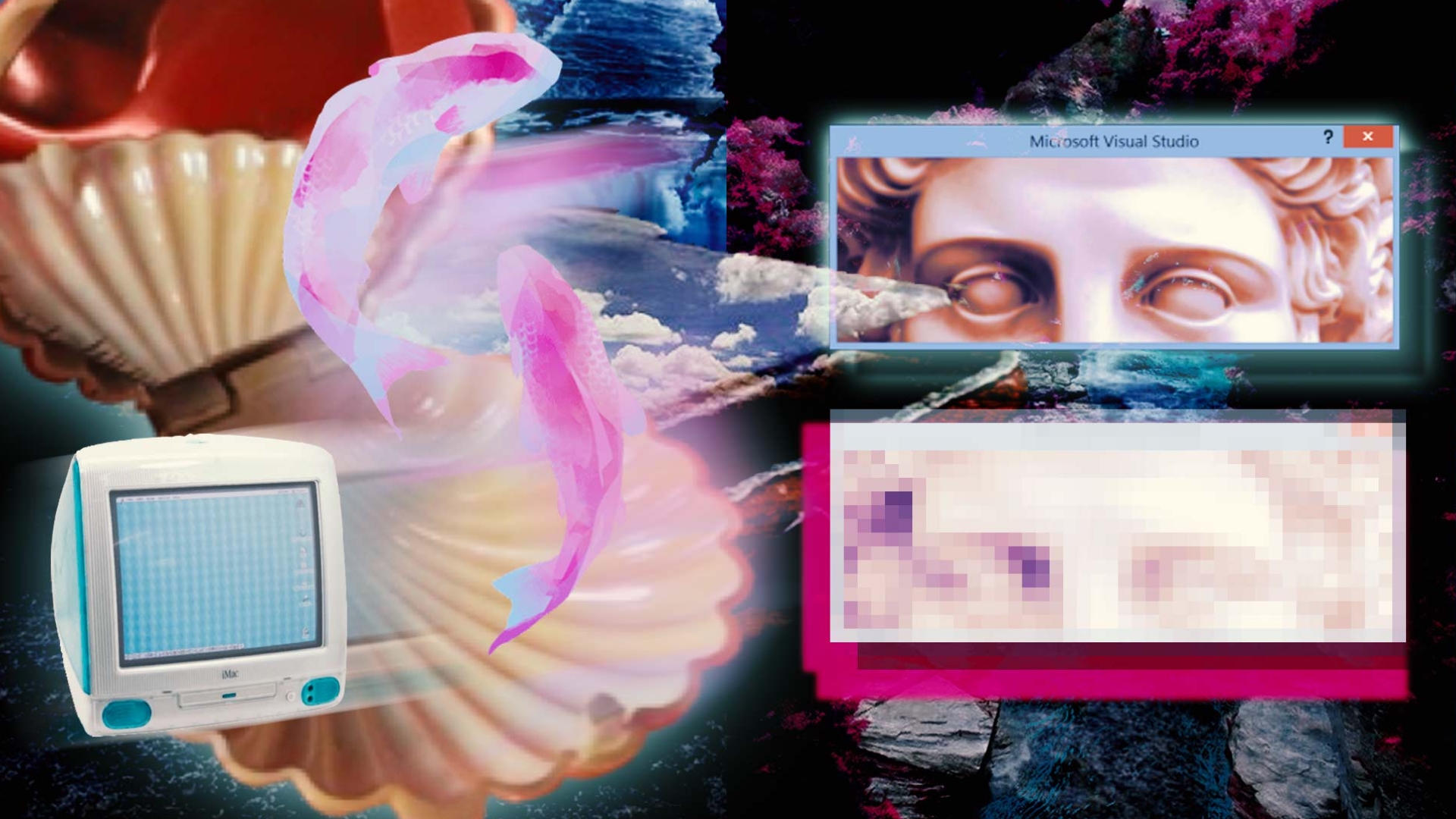 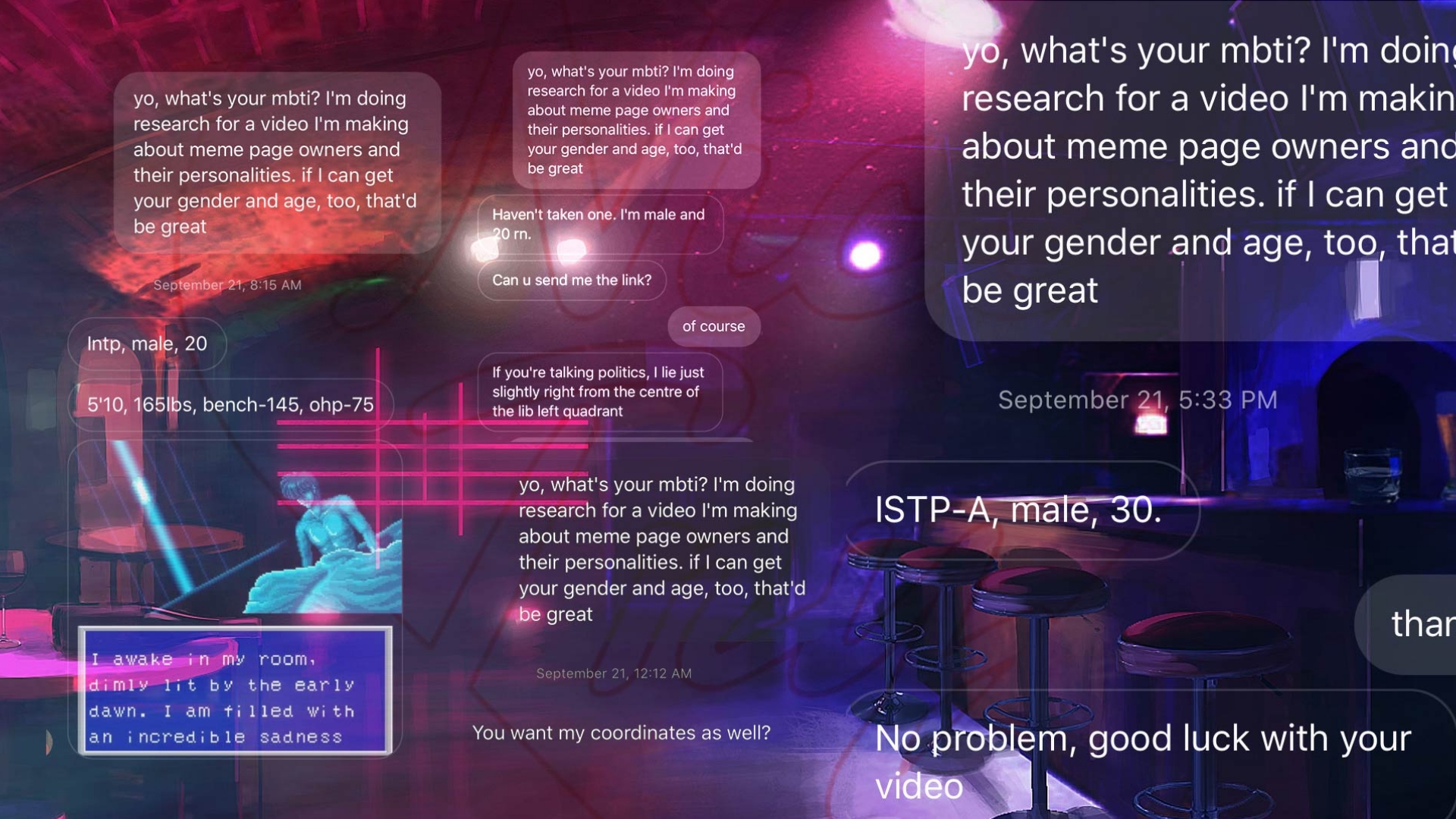 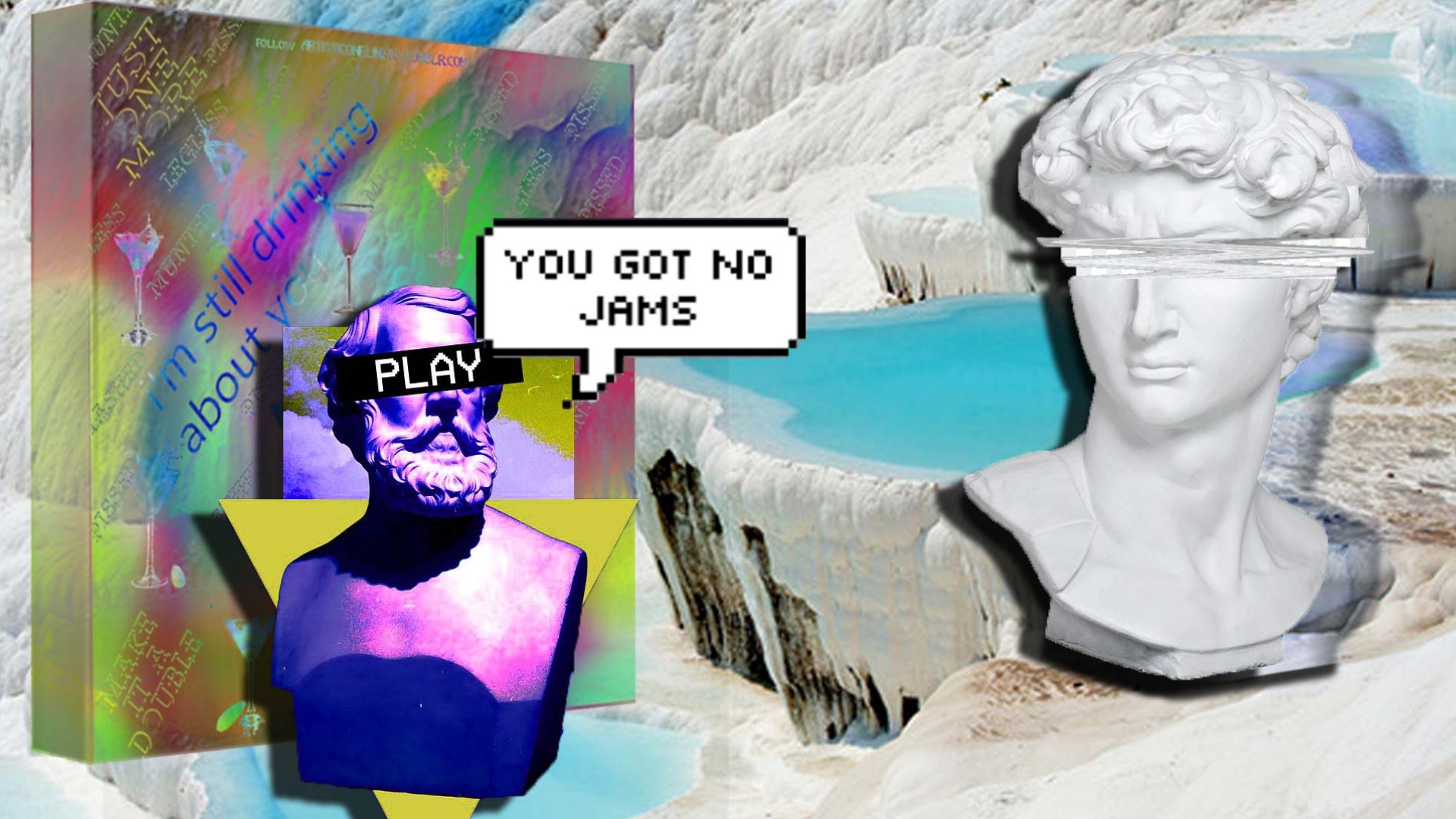 MBTI and Meme Page owners There are 16 different Myers-Briggs personality types. They’re defined by a combination of four letters that each indicate preferred habitual tendencies that can appear in different ways through different scenarios. By observation of behavioral patterns, one cannot determine a type by the decision or act alone. In order to get an accurate idea. One must understand why they made that decision and how they came to that conclusion.

These online tests that people take aren’t always that accurate. And MBTI, isn’t really a tool used to measure people’s skills. However, I do believe that it can be used as a way to determine how someone perceives themselves. And if their close friends and family agree with the results, then sharing a similar perception of the same person should at least count for something. Everything about this is subjective.

For example, if I’ve been told that I have a frank demeanor during discussion, and I agree with that, then I shouldn’t be surprised that my test results reflect that. And the thing with Myers-Briggs is there’s always going to be a reason to describe why you just did what you just did. And as an ENTP, I’m going to argue why some meme page habits correlate with certain personality traits. Let me start by explaining the letters.

E versus I: E stands for extrovert and I is for introvert, but that doesn’t mark sociability. Extroverts just are more external with their actions and emotions. They don’t always think before they speak, have difficulty hiding their emotions and are very expressive. Introverts can be just as social, but maybe more so on the internet, which is an internal plane of the world. They tend to have a filter over everything they do because they’re more internal with their thoughts and expressions, and will usually have to verbally express themselves so others will know.

N versus S: the letter N represents the trait intuitive and S stands for sensing.

Those who are N types are better at visualizing, conceptualizing abstract thought because they have a stronger imagination. They prefer to analyze things beyond the surface level and are more concerned with meaning and the symbols beyond data and subject matter rather than seeing it for what it is.

Sensors prefer to look at things at surface level things they can understand through their five senses. They’re better with concrete facts, their external surroundings, stuff like math and athletics. They’re most likely, only believe in things that they can see touch or feel.

F versus T: F is for feelers and T is for thinkers.

Feelers make more decisions based off emotions. Theirs as well as others. They’re concerned with what other people think and are feeling, and are generally more curious of how their actions will affect other people. This can make them prone to giving in or coming off as a doormat sometimes, as well as being called out for being overly emotional or too sensitive.

However, they’re better at sensing other people’s emotions. Therefore making them come across as more charismatic. Thinkers on the other hand, make decisions based more off of logic. They’re less concerned with how other people’s emotions really respond to their choices and more interested in how the decision is productive or logical. They’re usually more honest, straightforward, thus making them come across as more rude when they don’t mean to be rude at all.

P versus J: is perceiving versus judging. Perceivers are more open-minded toward new information. This leads them to not wanting to confirm decisions until the last moment possible because they’re more spontaneous and always looking for some new data to accommodate.This can make them prone to procrastination. Not wanting to set plans set in stone until the last possible moment, and don’t like deadlines. J’s are very organized and prefer plans to be set in stone. They’re more traditional and usually have a conclusion about something before anything is even said about that matter. They can be stubborn and hard to argue with.

After DMing over 200 different meme pages, I was able to find that the most common type across the board were introverted-intuitive, which make up for only 11% of the actual population.

You can pick anything and apply your own personality to it. And because of this, I won’t get into stating themes by personality type, because that’s like saying only ENFPs like experimental noise rock, and only ISTP are into right-wing politics. Plus a lot of themed pages are ran by more than one person and they don’t always have the same MBTI.

So there are different types of memes on the internet though, appealing to different senses of humor. I went through every single page and rated them all by their edginess, funniness, friendliness, whether they’re a racist, transphobic, sexist, or homophobic, if they steal memes or post original content, and how creative they are.

The friendliest meme pages are ran by N types. I judged them by how nice they were to a stranger like me after sliding into their DMs and asking them for their MBTI. I believe this is because their opinion on MBTI is probably already a good one, or they found it to be a topic interesting enough to do a little bit of research. those N types who did not know about MBTI that I explained it to were actually appreciative of discovering this theory that is new to them. I believe that N types utilize MBTI more because they may feel that being surrounded by S types is overwhelming even before they even know what that means. This N and S type difference shows a lot in the types of memes they post with N types being the type to be more interested in the surreal type of memes, and S types of being interested in more of the surface level humor, like sexism, racism, homophobia, transphobia.

If memes are just a picture with a sort of inside joke about them, S types really rely on the offensiveness of surface level stereotypes like “ha ha get it? Girls are weak” I rated these types of accounts at the highest on my edginess scale.

Memes.. memes are edgy in nature. Isn’t that what’s funny? The fact that it’s supposed to be a joke is their justification for being sexist, racist, or transphobic.

In contrast, I noticed that N types are more favorable of the ambiguous memes that are somehow funny without any context behind them. They’re funny without any predetermined joke or stereotype. They tend to be more random, and a lot of them don’t even make actual sense, which is supposed to make them funny. They don’t have to depend on shock humor to be funny. Then there’s the self-deprecating memes, often associated with having low confidence or low self-esteem. This is generally due to N types growing up with feeling isolated from sensors. Bringing it back to most of these pages being run by introverted-intuitives.

INTP, INFJ, or INFP probably liked to read a lot of books or draw pictures alone when they were kids rather than go play on the basketball court or field. They probably felt more alone at school or misunderstood because of this. A lot of really wholesome memes or cute memes are compatible with these F types as well. INFPs and other F types leading the way with most wholesome pages.

I just think that when I see an INFP post this stuff, maybe they mean it. It means something to everyone and that’s why they post it. You can read these comments and see why these people are here. Like I said, you can like a meme for different reasons from 16 different perspectives.

I also rate these types by how funny I actually thought they were. And by funny, I mean, cunning, clever, relatable, relevant to the subject matter where the subject matter is sensible and with the perfect amount of edge. Like I said earlier, I went through every single meme page, scrolled through their memes until I thought, okay, I think I got it. And I ranked each meme page on a scale of one to five.

The meme pages I thought that were the most carefully filtered out, were run by INTJ’s. I think that most NT types are funny, but I have to give it to the INTJ’s for the ability to say something clever and both relevant, they just don’t spam memes, and this is all thanks to their judging preference and ability to abstain from copious amounts of posting. They don’t just post a bunch. They, they make sure something is really funny instead of posting just to post. Which might actually slow down their feed. And I think that what makes a meme page successful and able to get lots of followers is by posting funny memes consistently, the more funny stuff they post, the more followers will send their memes to their friends and get more followers, which brings me to the topic of the most successful meme page owners.

I calculated that ENFPs were the best at running main pages because of their emotional intelligence. And is their well-roundedness and this helps them predict how other people would feel about their posts, as well as the charisma and communication with their followers. And another thing about ENFP is their level of creativity and imagination stemming from their dominant cognitive function, “Ne,” with all of this creativity and imagination, ENFPs make a lot of original content.

Posting a lot of original content that is funny, well, of course it gets you a lot of followers. It’s coming straight from the source. And I had noticed a trend with the actual funny, satirical content coming from a lot of NTs. I guess these memes are called surreal memes, as they’re concerned with multi-dimensional interludes and philosophical questions. That’s a whole sense of humor you have to have to think that’s funny. No matter what type you are, those who do are most likely going to be made of N’s. But I found that the best of these memes are produced by ITPs. They are known for their inventiveness and powerful intellect, and are most appreciated by other NTs. If you are an ITP, maybe you should consider getting into these.

ENTP meme pages ran by people like @namaste.at.home.dad excel at pointing out the absurdities in certain subjects, playing devil’s advocate over mainstream subjects that are generally overlooked, I think these memes are edgy from a different way that I’ve stated before.

That being said, all I really did here was decide which types of meme pages or best ran by the different personality types, and found reasons to back it up by slight research of memes and obsessive knowledge of MBTI, which underneath everything is just theory.

This video was also published on Basement Mom 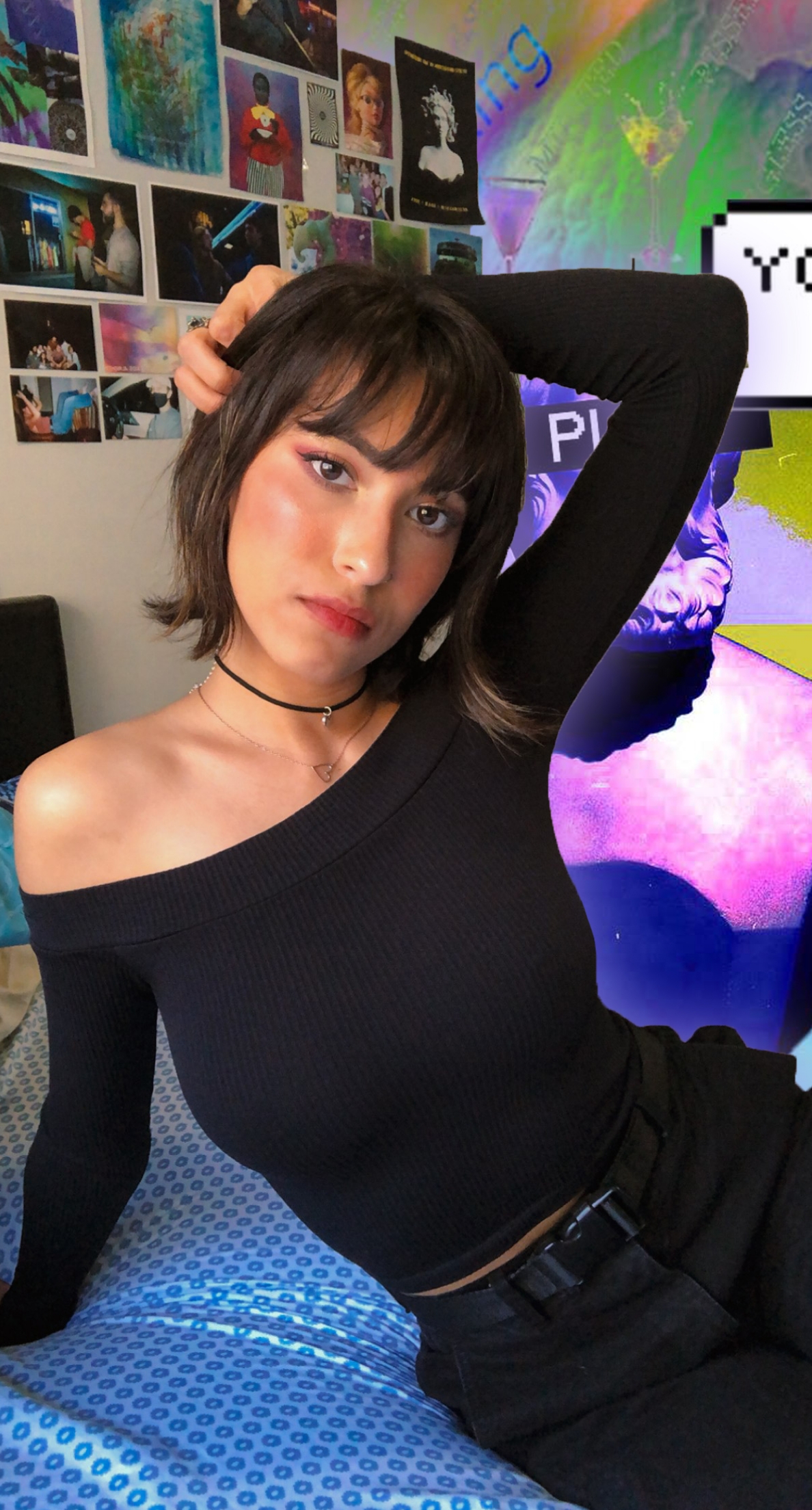 Claire Ramirez is an e-wave video artist, digital artist, and editor. She is also a component of Basement Mom.
Learn more
« Virtualgoodsdealer Interview Series: Episode 2, "Through the Cringe with @premiles"
Dead-End Trips: An Intrapersonal Guide to Interstellar Travel »